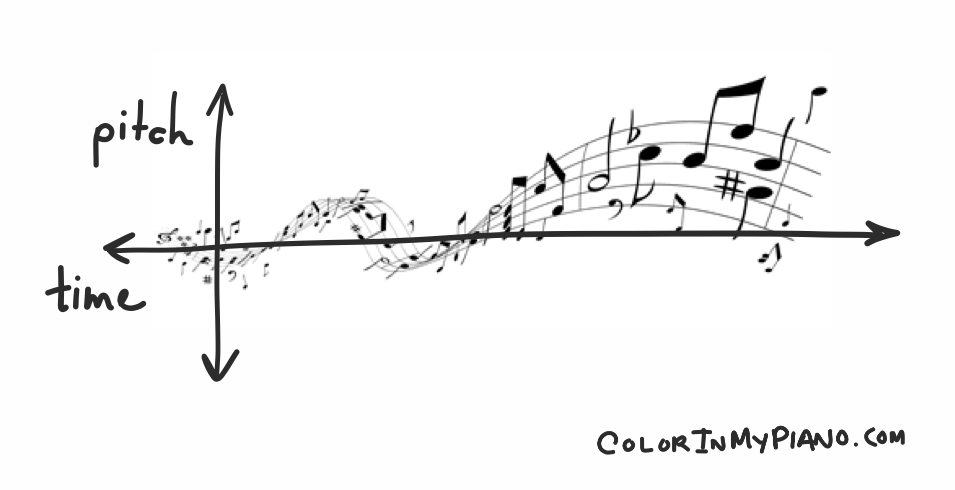 Have you heard of “audiation” before, but perhaps weren’t exactly sure what it meant? Have you wondered: why do we need this new word? Why should audiation matter to us as musicians and music educators?

Audiation isn’t an idea that is going away anytime soon. We are going to continue hearing more about audiation within music education circles. As the term “audiation” is becoming more widely known and increasingly used, it would benefit us to ensure that we have a clear and accurate understanding of the term. Why did Edwin Gordon coin the term “audiation”?

The term “audiation” was coined around 1976 by music professor, researcher, theorist, and author Dr. Edwin Gordon (1927-2015). Audiation is the central focus of a collection of theories about how music is learned, known as Music Learning Theory (MLT).

Audiation refers to a mental process that is both a natural and integral part of music making — and has been since the beginning of time — but has gone unnamed (at least, in the English language) until Gordon came along.

Gordon recognized there is a great deal of mystery surrounding musicians’ own understanding of what they are doing when they make music. And when musicians try to teach others how to do what they do, this mystery does not necessarily become clearer. Gordon observed discrepancy between how music making works and the way teachers are typically trained to teach music. Much of his lifework was dedicated to illuminating a direction towards a better way of teaching music making.

Giving something a name also means we can talk about it more intelligently. Terms allow us to more clearly and accurately describe things we observe in life. Having more names enables us to achieve higher levels of understanding.

By giving this phenomenon a name, we can better understand it, learn to do it, teach it, and talk about it.

What is audiation, exactly?

The process of audiation certainly has something to do with hearing music, but you might still be wondering: what does it mean “to audiate” exactly?

Music making isn’t just about physical skills (coordination, technique, etc.) at the instrument. It isn’t just about the use of our memory to recall and perform sequences of gestures. It certainly isn’t necessarily about music notation, which is merely a limited representation of something far more wonderful.

Music making has more to do with meaning, intention, conversing, communication, comprehension, and impact. And this is what audiation refers to.

To audiate is to think music with understanding, in much the same way we think when we use language. It’s a mental process. It’s spontaneous. It can occur whether or not the sounds are physically present (for we can hear music in our mind’s ear, after all). It can occur both within time (in tandem with music making) or outside of time (in anticipation or reflection of what is coming or has come before).

A simple synonym to keep in mind when you hear the term “to audiate” is to think music. As a matter of fact, the term “audiation” comes from a combination of “aud” — which has to do with sound — and “ideate” — to think.

Levels of understanding during audiation can vary, according to a person’s previous experience and natural aptitude. Those who are still novices at music making will have little understanding of what they are doing when they are music making or when they listen to music. Proficient audiators, however, hear (i.e., understand) a great deal when they make/listen to music. Perhaps they can identify the meter, the tonality, and the chord progressions, or make intelligent observations regarding the style, the artistry, the composer’s intentions, and other aspects of the music they are hearing. Perhaps they can spontaneously create their own arrangement of a familiar piece, or improvise a new piece. Ability to do such things is an indication of the depth of their audiation proficiency.

So, audiation ability is a spectrum. It can grow, like any skill.

So, audiation is something I can grow? How?

Gordon theorized about the most basic levels of audiation, and about how he thought audiation grows and develops. At the most basic level, rhythm audiation begins with being able to imitate (echo back) rhythm patterns and being able to find and identify the macrobeats and microbeats in music. We can ask our students to echo rhythm patterns. We can help our students learn to find macrobeats and microbeats, and then thereby identify the meter. MLT teachers tend to use Gordon’s rhythm syllables (DU-DE for duple meter and DU-DA-DI for triple meter, with TA being used for smaller divisions) as a tool to help students learn to do this.

Tonal audiation involves understanding a set of tones — let’s call them tonal patterns — within a context of a perceived tonal center (resting tone) and particular selection of tones — which we call tonality. The tonality could be major, harmonic minor, aeolian, mixolydian, dorian, etc.

At the most basic level, tonal audiation begins with being able to imitate (echo back) tonal patterns and being able to find and identify the resting tone and identify the tonality in music. We can ask our students to echo tonal patterns. We can help our students learn to find the resting tone, and then thereby identify the tonality. MLT teachers tend to use solfege syllables (movable DO with a LA-based minor) as a tool to help students learn to do this.

As you can see, there are specific kinds of activities that Gordon theorized will best help grow audiation skills. He theorized about the stages of audiation development we go through as we develop as music makers, and he formed instructional sequences teachers can follow to help their students increase their audiation skills.

There are simple things we can do to facilitate the growth of audiation skills in our students. We can be sure to always establish the context of tonality and meter before working with music. We can echo back rhythm patterns and tonal patterns together. Tap macrobeats and microbeats. Hum or sing the tone that sounds like “home.” Figure out the meter and tonality together. These skills are part of the foundation of audiation ability.

What happens when we grow our audiation?

Imagine what an asset it would be for your students to become fluent audiaters as they learn to create music, play a specific instrument, and perform literature.

As music teachers, rather than hyper-focusing on music notation skills or piano playing skills at the expense of musical understanding, we can consciously and deliberately target the development of audiation skills in our students.

Audiation, audiation, audiation. Let’s talk about it. Let’s acknowledge it and use this powerful term. Let’s try to understand it more, and grow it in ourselves. Let’s experiment with it as we teach and share what we discover as we grow audiation in our students.

28 thoughts on “What is Audiation, Exactly?”

Had to share…here’s baby Brenna wearing the an

Do you enjoy giving gifts to your piano students?

First date night since the arrival of baby #2! Enj

Fun things ahead for my piano students! 🎄 Also,

A few days late, but here’s our trick-or-treat p

Got to see my cousin @saxdaddyc in his element yes

A few recent pics of my girls. ♥️♥️♥️