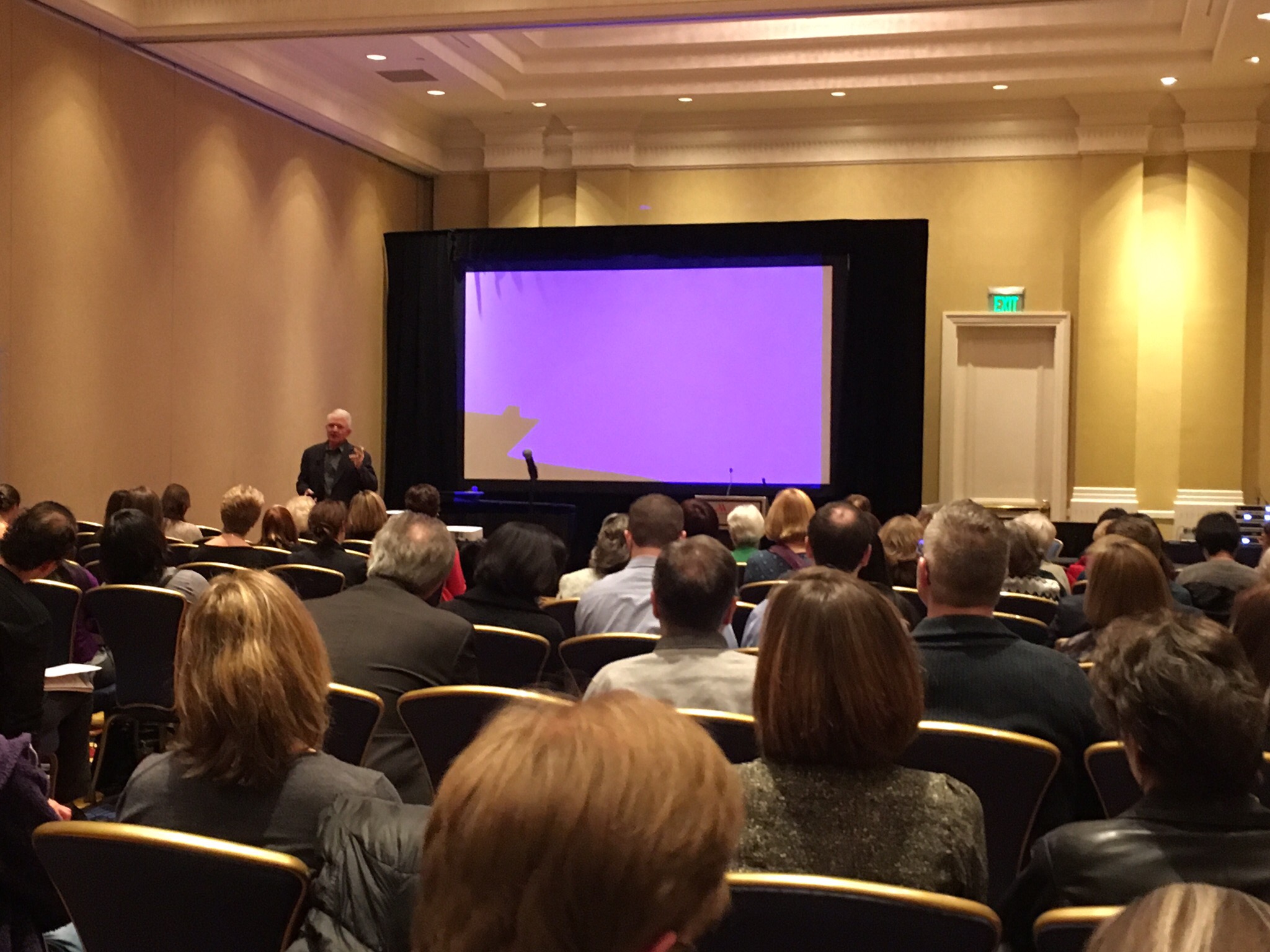 Attending the 2017 Music Teachers National Association (MTNA) conference in Baltimore was a fantastic experience. I look forward to sharing more details with you over the next few blog posts.

My friend Amy Chaplin (of PianoPantry.com) and I decided to carpool and make it a roadtrip to the conference. She drove from her home in Indiana to my home in Ohio, to pick me up. Neither of us anticipated this kind of weather on Friday morning, however — take a look at the visibility on the roads that morning! Fortunately, the visibility improved as the day went on and as we drove further east. We arrived safe and sound, late Friday night.

Pedagogy Saturday is comprised of a series of tracks to choose from. I attended sessions from the “Teaching Artistry And Technique” track, for the most part.

Here are some brief notes from the sessions I attended on Pedagogy Saturday.

8:00am Training the Mind: The Use of Imagery in Our Pianism, by Neil Rutman. Neil shared that one of his teachers told him that he should write a book abut the stories behind various pieces of piano literature. We tend to spend so much time in lessons focusing on the so-called “left-brain” side of things. We don’t spend enough time on story.

Neil began by playing Chopin Etude in A flat from Trois Nouvelles two times for us, first with no verbal introduction, and second after sharing with us a story about the piece so that we could experience whether we felt that the performance had more impact after hearing the story.

Beginner lessons contain much of what Neil calls “kitchen work’. It’s important for them to also have inspiration. Example: “How would you play the piece if Mary’s lamb was out with the flu?” It may take a few attempts, and the result might be rather unmusical, but the student will respond, and we can work with that. A story can sometimes be the only way for a student to emotionally connect to the music. When we perform, we need to trust the kitchen work and focus on the story and the meaning and inspiration.

Neil has recently published book is Stories, Images, and Magic from the Piano Literature. I was able to glance through the book when it was passed around the room, and I can’t wait to order a copy. I think it is a must-have for anything teacher who teaches intermediate and advanced standard piano literature.

9:15am Teaching Yourself Out Of A Job: Independence Through Understanding, by Logan Skelton. One such example: Chopin Scherzo No. 2 in b-flat minor, Op. 31. It begins in B-flat major, visits F and A major, and ends up in D major. As it turns out, the theme in the first measure shows the keys used throughout the piece. Some students really respond to information like this.

When we help students learn to talk through music instead of recite, they are truly independent.

10:30am Teaching Technique From Beginning Through Advanced Levels, by Irene Peery-Fox Irene began by acknowledging the range of philosophies on piano technique that have developed throughout history. There are so many differences. Do we use high fingers? Do we use the arms, or keep the arms still?

Irene has developed her own leveled technique chart system where students are required to learn a variety of these different technical approaches. Students work on a level of the chart each year, each week reviewing a particular key at a particular metronome marking. Irene advises being consistent about starting with these exercises at the beginning of each lesson. It doesn’t have to take long each week.

Irene gave us a peek at the exercises that are covered in each level and shared videos of students playing at certain levels. It was fascinating and impressive to hear what her students achieve in part due to gaining ease and facility through these technique charts.

Here is a photo from lunch at Loch bar with some fellow Ohioian teachers. 🙂 1:00pm Establishing The Connection between Mind, Body, And Soul At The Piano, by Sasha Starcevich. Sasha began by asking the question: How much intellectual focus and how much emotion do we need to perform well, and perhaps get “in the zone”? Physical tension gets in the way. We need to figure out how to connect the three: mind, body, and soul.

During this session, Sasha worked with his 12-year-old student on Chopin Etude in A-flat as a lesson demonstration. The first step after listening to the piece: becoming aware of the potential pitfalls and difficulties. Once the notes are read, we begin the work. Sasha calls this step “practice methods”. After working on larger gestures, we focus on smaller gestures. Sasha shared the five “hand positions” that he uses for choreographing and therefore creating beauty and expression.

2:15pm Thriving vs. Surviving in Classical Music: The Entrepreneurial Musician, by Stephen Pierce. Stephen’s session explored how to create a thriving career in music. He mentioned role models such as Deborah How, Kathleen Tagg, Jennifer Eklund, Kristin Yost, Philip Johnston, Elissa Milne, Tim Topham. One common piece of advice shared from these role models was to find out what you do best, then do that better than everyone else. Stephen’s session was very inspiring.

3:30pm Right From The Beginning–How Establishing The Correct Foundation Makes Advanced Playing Accessible And Possible For All Students, by Christie Peery Skousen. Success in piano performance has nothing to do with luck, despite what people may say. As Leon Fleisher would say: “If you are interested in such show of physicality, I suggest you join the circus.” Fleisher emphasized that good technique is the ability to make the sound you want, exactly when you want to make it.

As Christie’s mother alluded to in her own session earlier in the day, it is important to have a fixed standard of technique while allowing a varying standard of time — versus the other way around. Why do we tend to pass students on to the next piece or level before they’ve mastered? As the founder of Khan Academy states in his TED talk, students who struggle in a subject have holes in their foundation. Technical training begins with the first lesson.

In her academy, Christie uses her own piano method and a technical standard program with her teachers and students. She gave us a glimpse into her approach and gave us a few pieces of her best advice: Set standards and stick to them. When a student struggles, she advises them: “Go slower, or do less.” Only assign what the student can do well for you at the lesson.

At one of the day’s sessions, I bumped into Australian friends Elissa Milne and Samantha Coates. I enjoyed dinner at Bagby Pizza with Amy, Christina Whitlock, and Daniel Patterson (of GrowYourMusicStudio.com). Stay tuned for notes from the next day of the conference!