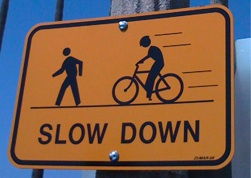 Ever wonder about the difference between rallentando and ritardando?  Well, I did….so I decided to look into it and add my two cents to the debate.  =)

According to the Music Dictionaries…

Many musical dictionaries simply state, “slowing down” as the definition for both rallentando and ritardando.  Some state that the two words are synonyms.  However, I would still like to think there is some slight difference in meaning or emphasis between the two words.  After all, they are two different words in the Italian language.   And composers have been making use of both words in their compositions for centuries.  So I decided to do a little more digging.

According to the people on the web…

According to the Italian-English Dictionaries…

Upon entering the words into an Italian-English Dictionary, I found these definitions:

The difference is a subtle but important one, methinks.

A couple of examples: The end of a Bach piece would probably require a ritardando in order to create a deliberate, final-sounding ending to the piece.  I can think of some Debussy and Liszt pieces, however, where a rallentando might be more appropriate, to give the effect of dying away, drifting away, or perhaps falling asleep.  The rallentando, I imagine, is often accompanied by a diminuendo, and should probably be more gradual than the ritardando in many cases.  However, the crucial difference between the two seems to be one of musical intent and effect.

To get this all confirmed, I suppose we’d need a native Italian speaker.  However, I like to think that we’re on the right track — or at least we’re closer to the real answer than if we’d assume they meant precisely the same thing!  It’s something to think about.