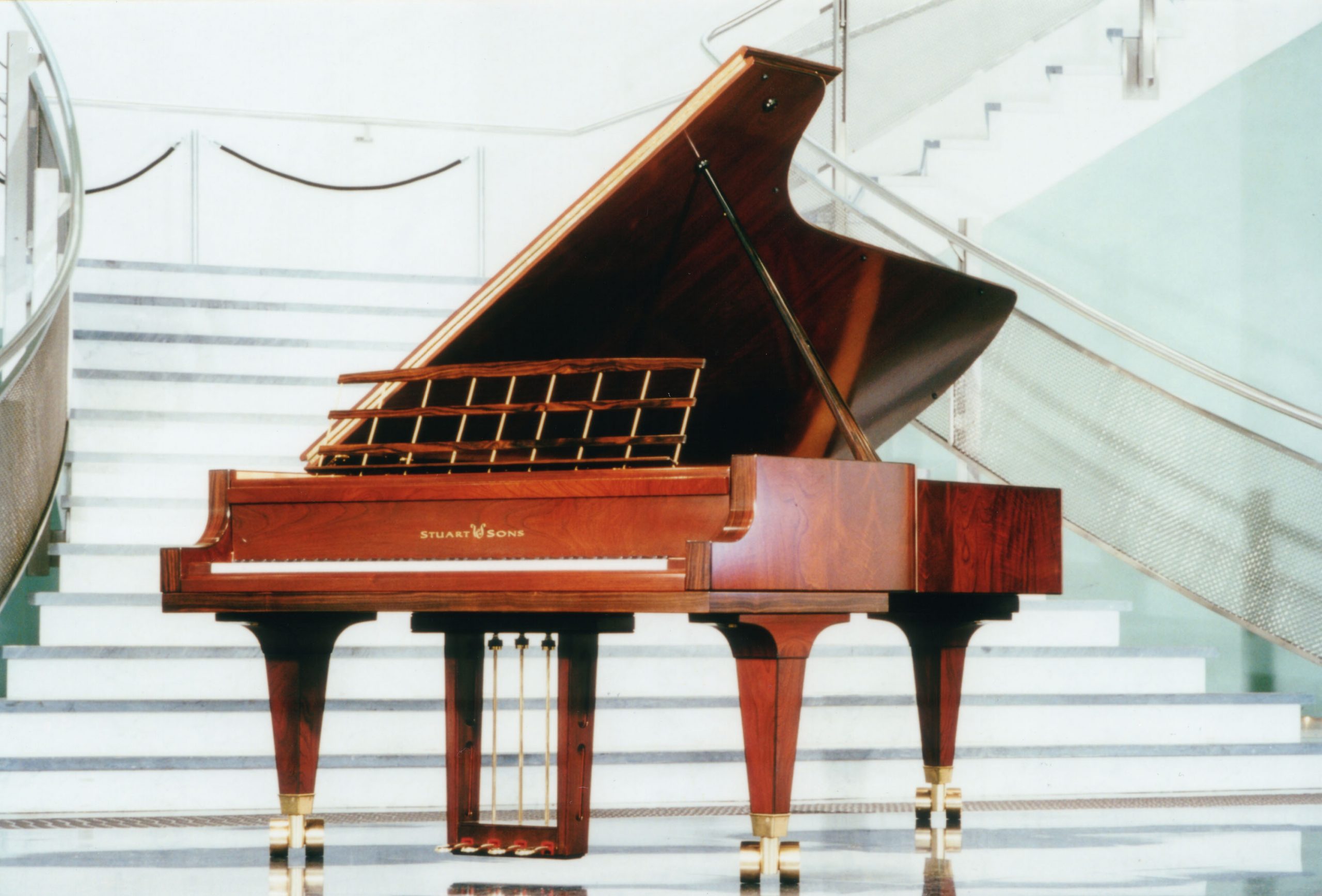 Stuart & Sons is a Australian-based company who build hand-crafted pianos.  They are unique pianos for a number of reasons:

What is so special about Stuart & Sons pianos?

Check out this video: The Stuart & Sons piano sounds fascinating!  A trip to Australia to try one out might be in order someday.  Who knows, maybe a piano like this is bound to become the next Steinway.  =)